The Center for Career & Professional Development has gone virtual! Same services, same staff – new method of delivery! Check out our upcoming virtual events and/or to schedule an appointment by visiting Handshake. Additional information below!

The Pivot to Video and How You Can Keep Up: Video Content is Here to Stay

Did you know that 82% of Twitter users watch video content on the platform? What about the fact that 45% of people watch more than an hour of Facebook or YouTube videos each week? Or, how about that 43% of people state that they actually want to see more video content from marketers?

Those are pretty astounding statistics, and they all help to explain the pivot to video that many traditional publishers have been making in recent years.

“Publishers have to make that shift in order to keep up with where the consumers are going,” explains Dana Johnson, a marketing professional and Mediabistro Social Media Marketing course instructor. “Readers are no longer picking up magazines and newspapers at the newsstands and consuming media the way they did 10 years ago. You have to change with the times, so to speak.”

Much of video’s popularity has to do with its accessibility and convenience. “We all have shorter attention spans today, and video is a way to capture those people who don’t want to take the time to read an entire article,” says Katie Leimkuehler, a social media consultant, and instructor for Mediabistro’s Build a Social Media Video Strategy course.

This emphasis on more and more video content is enough to have media pros, like writers, marketers and copyeditors shaking in their boots. Are their careers about to be totally irrelevant?

In media, there are plenty of trends that come along. Because of that, it’s tempting to think of video as yet another passing fad. But, rest assured, it’s likely here to stay. In fact, we’ll probably see video’s popularity continue to rise.

There’s been plenty written about how misguided this shift to video is for most publishers. It’s impact on writing and editing staffs has been brutal and it hasn’t proved itself to be the savior of publishing, as the C-levels had hoped.

But, this “pivot to video” doesn’t need to mean bad news for more traditional media pros. In fact, there’s never been a better time to diversify your own skillset to keep up with the changing times.

“Now’s a great time, because there’s no set way of doing things. Publishers aren’t only taking high-quality videos. Things are evolving and changing, and plenty of places are open to rougher cut videos that aren’t perfect,” explains Leimkuehler, “Now is the perfect opportunity to build up those skills in the smallest ways so you can market yourself and stay current and relevant.”

How to Diversify Your Skillset

So, with that in mind, what are some things you can do to dip your toe into the video waters? Here are a few tips to help you match the pivot to video that many publishers are making.

Sometimes there’s no better way to learn about a skill or an industry than to actually be a part of it.

“I definitely recommend speaking to a friend, colleague, or even reaching out to someone you don’t know personally to say, ‘Hey, can I shadow you on a shoot? Can I shadow you in a pre-production meeting?’” advises Johnson.

Doing so will give you even more insight into everything that’s involved in the video creation process, as well as what skills you’ll need to stay competitive.

While watching other people is an effective way to familiarize yourself, so is watching existing video content.

“Start watching videos,” says Leimkuehler, “Gain an understanding of how to tell a story in a short amount of time and everything that involves.”

You can learn a lot by simply observing how things are done elsewhere.

“There’s so much opportunity to learn and expand your skillset online,” shares Emmy Favilla, Senior Commerce Editor at Buzzfeed and a Mediabistro instructor, “It’s easier than ever before to learn all of this new information.”

Of course, Mediabistro courses are a great place to start to begin learning more about how to transfer your own skills to the video landscape.

For copy editors in particular, Favilla teaches a Mediabistro course about multimedia copyediting. Within the course, students learn about rules that apply only to video—such as ensuring words appear in the frame long enough to read or that all video clips that aren’t original have credits.

Fortunately, copyediting skills are quite transferrable.

“There are little extra things that you have to keep in mind when you’re editing videos, but fortunately it’s not a wildly different process from editing written articles,” Favilla adds.

When you think about what’s involved with video content, it’s easy to think about the obvious roles—things like a camera person, a video editor or  host, for example.

However, there’s far more to it than that. “LinkedIn is a great friend and a great resource,” says Johnson, “It shows you just how many different types of jobs there are related to video.”

So, go ahead and scroll through a few job listings to see what sort of skills are being pursued. It might open up doors you didn’t even know existed.

Needing to explore a new area or refine a new skill can be intimidating. But, sometimes it’s best if you just dive in and get started.

“Just start shooting,” shares Leimkuehler, “Whether you want to get a nice camera or just use your phone, start playing around to see what kinds of interviews and videos you can get. Then, just start building from there.”

The pivot to video can be a somewhat scary transition for more traditional media professionals. But, rest assured, written content isn’t necessarily going anywhere either.

“Editorial content will never completely go away,” says Leimkuehler, “There will always be different types of learning styles and different ways to get content.”

Even so, it’s still a good idea to diversify your skillset and keep yourself competitive in the ever-changing media landscape. So, gather your courage and just dive in!

As Johnson concludes, “Stepping into the idea of what’s new is often more intimidating than actually doing it.” 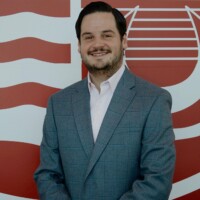 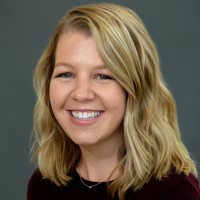 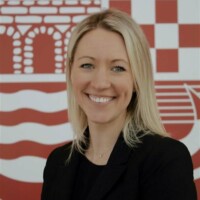